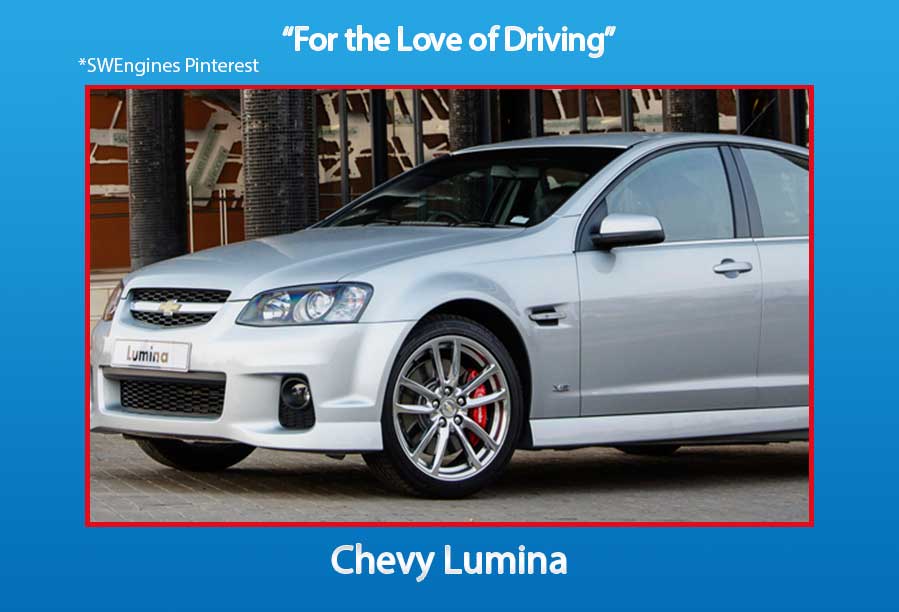 The Chevrolet Lumina is a 4 door sedan and not to be confused by the minivan manufactured by Chevrolet that has a similar name of the Lumina APV. The names of these vehicles were so confusing in fact that Chevrolet dropped the Lumina APV and replaced it in 1997 with the Chevy Venture. The Chevy Lumina shares a platform with several other General Motors vehicles including the Pontiac Grand Prix and the Oldsmobile Intrigue and the Buick Regal.

For the years 1990 through 1994 Chevrolet offered three different types of Lumina engines, which include the 3.1 Liter L82 V6, the 3.4Liter DOHC and the 3.8 Liter L36 V6. In 1995 a redesign of the popular Lumina was set to include a number of sport options including an upgraded sound system and electric sunroof coupled with a more powerful engine. Chevy also moved to introduce the Lumina with police and taxi packages when the Caprice was dropped in 1996.