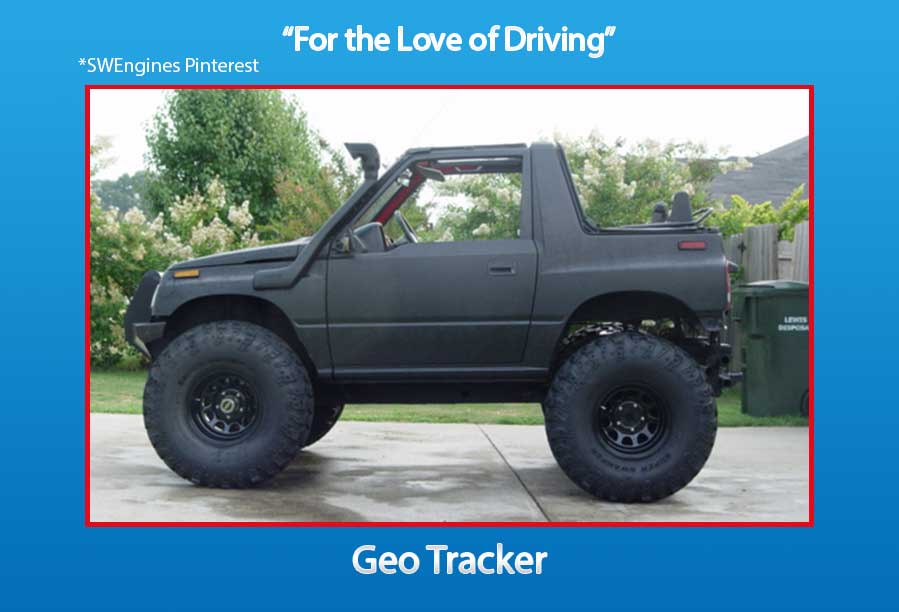 The Geo Tracker was produced through a joint venture between General Motors and Suzuki which produced the Suzuki SideKick. Originally the Chevrolet Tracker was produced exclusively for the Canadian market however in 1992 the Geo name was brought to Canada and all Trackers were now Geo Trackers. In 1996, the Ingersoll, Canada plant began assembling the four door trackers also and the Geo and Suzuki models were rebadged and all North American models became Chevrolet Trackers once again.

The Tracker was intended to be a rugged light mini SUV and a comfortable passenger vehicle at the same time. It was given a light truck engine and transmission coupled with an off road four wheel drive package. The Tracker was given strong front suspension with a tough recirculating ball steering box and a front differential mounted ahead of the engine made the vehicle sturdy enough for off road use. The U jointed drive shafts and the rear axle that was a light truck unit on coil springs gave the Tracker a truck like ride that could withstand harsh off road usage.