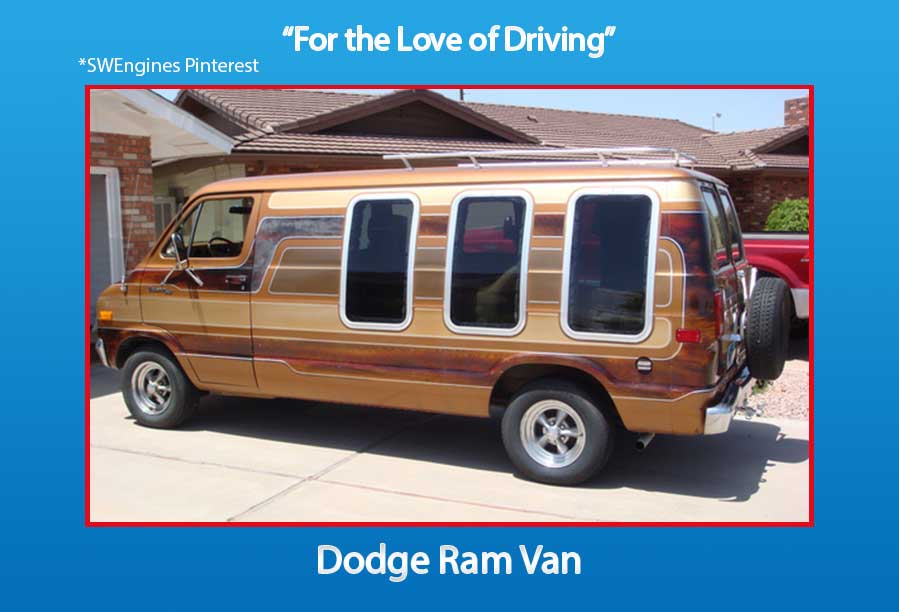 Nearly every engine used in rear-wheel drive was available in these vans. The Dodge Ram Van was replaced after 2003 with the M-B based Dodge Sprinter.