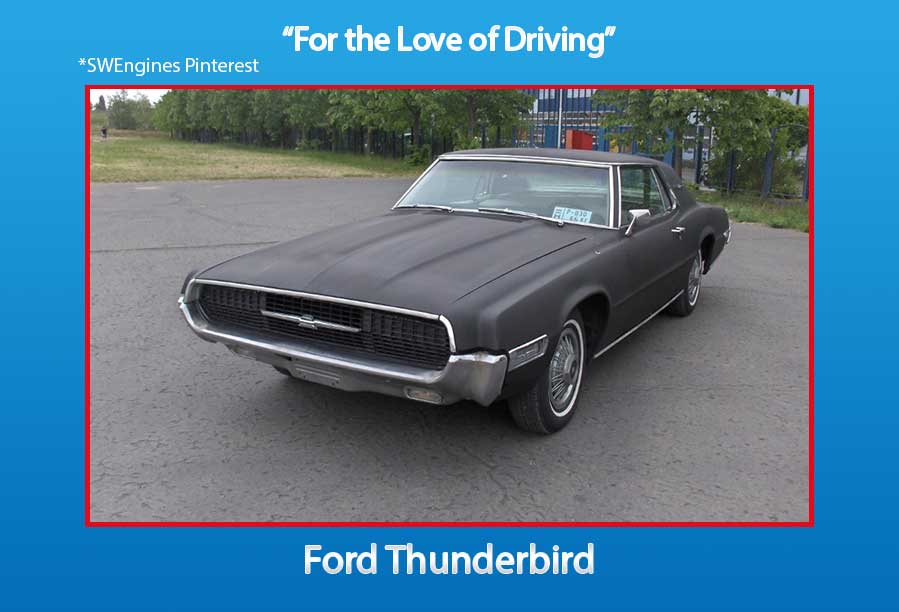 Introduced in 1955, the Ford Thunderbird was built by Ford Motor Company. Despite its look and feel, Ford never marketed the Thunderbird as a sports car. Instead Ford used the car to create a new vehicle segment entitled the Personal Luxury Car segment. The first car was shown at the Detroit Auto Show in 1954. The first production car available to the public had a 292 cu in Y block V8 engine. It was popular from the outset and over 3,500 cars were sold in just the first weeks.

The two door convertibles were given the larger 352 cu inc FE V8 engine with either a three speed automatic or three speed manual transmission. While the Ford T-Bird has seen many design changes through the years, the fact that it was becoming larger and larger seemed to spell the end for the vehicle. 2005 would see the last of the Thunderbirds and another chapter of Ford entered the history books.