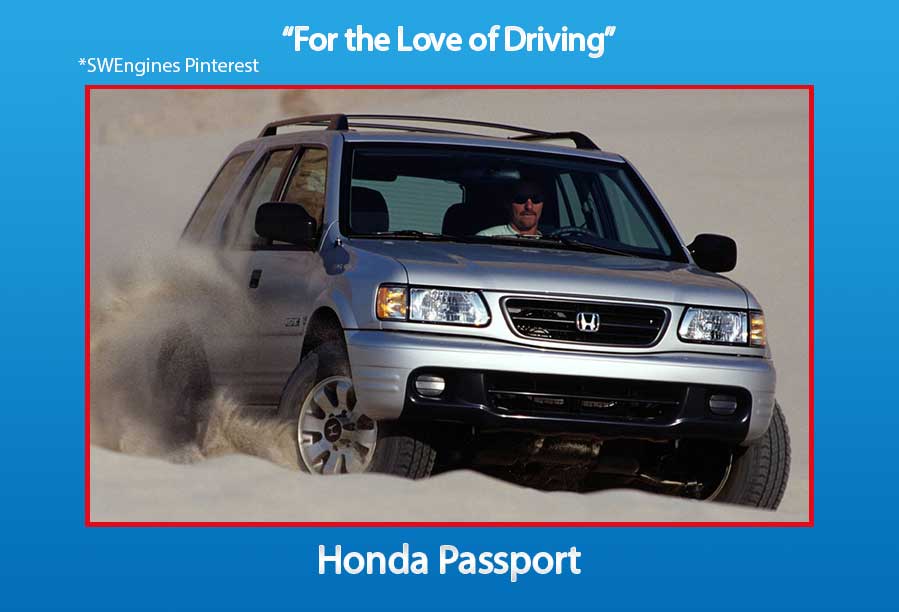 The Honda Passport is an SUV which is engineered the same as the Isuzu Rodeo. The Passport was Honda's first entry into the SUV market and was part of the partnership between Honda and Isuzu. The initial generation of the Passports had some models rigged with a rear axle, while others came equipped with rear axle called "Spicer 44". Eventually, the Passport was discontinued in favor of the Honda-designed Pilot.