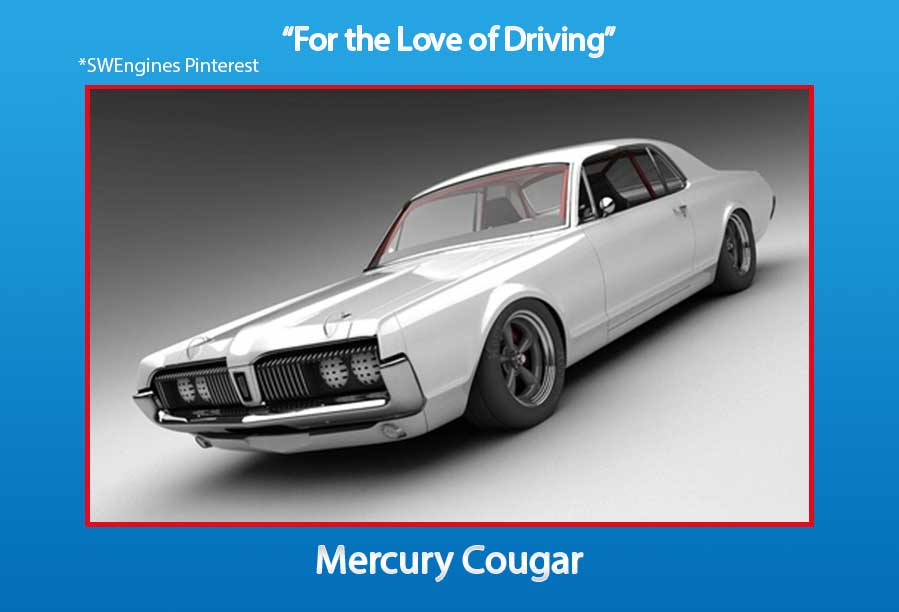 A diverse series of cars would be the Mercury Cougar. With its introduction in 1967, the Cougar was a pony car, being a performance icon for the brand name for many decades. It was 1974 when Mercury shifted the Cougar to a new platform as a personal luxury sedan competing with Chevy's Monte Carlo and Pontiac's Grand Prix. Again a change came in 1980 when the Cougar was downsized in its wheelbase and for the first time it had sedan frames around the windows.

An all new Mercury Cougar was introduced in 1983 with an all new aerodynamic style body which was similar to the Thunderbird. For its 20th anniversary, the Cougar was given a complete restyle which was much smoother than its previous version.